What makes Williams so dangerous? Many things 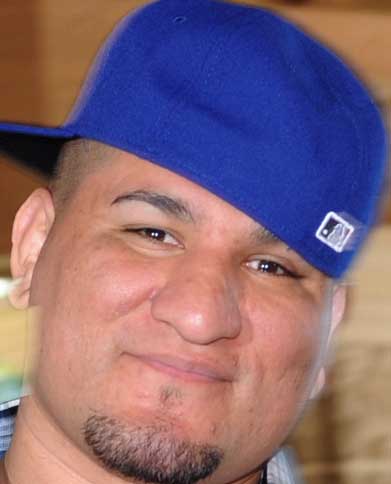 When you see Paul Williams dwarf fighters who stand almost 6-feet tall like Antonio Margarito or his opponent this Saturday, Winky Wright, you can almost forgive elite fighters and their managers for avoiding him like the plague.

Williams is listed at 6-foot-1, but the former welterweight titleholder who is currently world-ranked at junior middleweight and is facing Wright in his second bout at middleweight looks more like 6-foot-3 with the broad shoulders of a cruiserweight.

His 82-inch wingspan is wider than most heavyweights.

And if his physical dimensions don’t freak his opponents out enough, Williams is also a southpaw.

However, while his size and stance are enough to scare off most managers, it’s his style that gives his opponents hell in the ring.

Williams is a volume puncher who sometimes averages 100 punches a round. He throws every punch in the book — jabs, hooks, crosses, uppercuts, body shots — in every round and he does it often.

The final component of the wicked Williams package — what really makes him dangerous, according to his longtime trainer, George Peterson — is his take-no-prisoners attitude.

Williams comes to fight. It’s the reason he will beat Wright when the two face-off in their HBO-televised main event from the Mandalay Bay Resort & Casino in Las Vegas, according to Peterson.

“Paul is a fighter,” the trainer said. “He can box, but he wants to fight because he’s a fighter by nature. A fight is going to break out Saturday night. Paul’s going to make sure of that. He don’t duck and dodge in the ring.”

Despite his reputation for his defensive prowess, Wright doesn’t duck and dodge either. The former junior middleweight champ who held Jermain Taylor to a draw in a world middleweight title bout has underrated toughness, a piston-like jab and excellent block-and-counter punching ability.

Wright, who is also a southpaw, has been just as avoided as Williams has and for a much longer time. However, as hard as the veteran is to beat, Perterson says Wright doesn’t present the enigma that his fighter does in the ring.

“They say Wright is difficult and crafty but that’s just hype, I don’t see it,” Peterson said. “He does a few things well but he’s a basic fighter. Nothing changes with him. If you’ve seen Wright fight 10 years ago, you saw the same fighter he is today.

Veteran trainer Joe Goossen agrees that the 27-year-old former titleholder’s ability to change his fighting style is what makes him special.

“There’s a reason he’s a … favorite in this fight against Wright,” Goossen said. “And it’s not just because he’s tall and lanky and a southpaw. His versatility is what makes him so difficult. You throw in the reach, the height, the great legs — because he can move around all night if wants to — and the fact that he looks tireless in there and you have a monster, but it’s his ability to adapt to different styles that makes him so hard to beat.”

Goossen says Williams exhibited his versatility in his toughest fights.

“Let’s start with Margarito, who at the time was as big, strong and tough as they come,” he said. “Against Margarito, Williams had a great plan. He turned him and attacked from angles all night. He didn’t rely on his power to beat Margarito. He relied on quick, sharp combinations. By the time Margarito figured out that he had to get moving, it was too late. Williams weathered the storm and finished strong.

“He pulled it off against a more experienced aggressor and what I like is that he made adjustments,” Goossen continued. “That’s what makes Williams so dangerous.”

Goossen was also impressed with the manner in which Williams chopped down former two-time 154-pound titleholder Verno Phillips last November.

“In that fight he wasn’t trying do anything cute because he had an aging, but tricky veteran in front of him,” Goossen said. “So what did he do? He took the fight straight to Phillips. Williams looks more vulnerable when he comes straight in but his defense is better than he gets credit for. He never got tagged clean on the chin by Phillips.”

The only time Williams did get tagged clean on the chin repeatedly was in his sole loss, to Carlos Quintana, last February. The crafty Puerto Rican southpaw outpointed him to claim the WBO welterweight title Williams won from Margarito the previous year.

“That fight was the only time Williams looked like he wasn’t tireless,” Goossen said. “It was as if he took Quintana lightly and didn’t train right. Whatever it was, he knew he could fix it because he came right back and destroyed Quintana in one round.”

In their immediate rematch, Williams used his height and reach to devastating effect. Williams snapped Quintana’s head back with a hard jabs that lined his rival up for fast and powerful straight lefts, which stunned the beltholder and set him up for a swarming follow-up attack that quickly ended the contest.

If he used his height, reach and leverage like that all the time, veteran manager Cameron Dunkin believes, Williams would be a great fighter. However, as good as Williams looked beating Margarito and Phillips, Dunkin doesn’t see an invincible fighter.

“He’s a difficult fighter like any tall, southpaw with a good chin is going to be,” said Dunkin, who manages two fighters who could figure in Williams’ future — middleweight champ Kelly Pavlik and undefeated junior middleweight contender James Kirkland.

“At welterweight he was absolutely huge, which is why a lot folks avoided him, but he obviously wasn’t unbeatable. Quintana beat him. He would have lost to Margarito if that were 15-round fight. Margarito figured him out, but he started too late and ran out of rounds.”

Dunkin says Williams’ lack of a fan base keeps him from landing big fights as much as his imposing figure, southpaw stance and relentless style.

“He doesn’t sell tickets so he doesn’t have a lot of value; that’s one reason why top fighters don’t fight him,” Dunkin said. “We almost had a done deal for Pavlik to fight Williams last year. Kelly wasn’t afraid of Williams. I thought (Pavlik) was going to destroy him. We were going to do the fight because HBO was interested in it so there was money in it. The only reason the fight didn’t happen is because at the last minute Williams asked for more money, something like $1.5 million, which was too much at the time. I think he was just one fight removed from the Quintana loss.

“I don’t blame Paul. The kid has balls. I think he would have fought Kelly. It was the people around him who made that decision.”

Dunkin believes a middleweight showdown between Pavlik and Williams can still happen, provided the South Carolina native beats Wright on Saturday and continues to build his name, reputation and fan base.

“Paul’s a good action fighter, he makes for good fights,” Dunkin said. “The fight can still be made.”

Dunkin, who was the Boxing Writers Association of America’s “Manager of the Yea” for 2007, is confident of putting his fighters in with Williams because the giant southpaw is so aggressive.

“If Williams could stick and move, use his jab from a distance and tie guys up when they get close, I think he would be unbeatable,” he said. “But he doesn’t do that. He’s there to fight. He stands in front of you and gives you his height. He’s got a good chin so he can get away with fighting on the inside so much, but he’s not a tremendous puncher.

“James (Kirkland) tells me that he would beat his ass because (Williams) would come to fight. He tells me he would get inside on Williams and tear him apart. I love that Williams has heart but it makes him beatable.”

Williams, of course, begs to differ. He believes his heart — not his height, reach or left-handed stance — is his greatest asset when he fights.

“My will to win is what makes me so difficult to beat,” he said. “I go out there and I fight hard to win. You can’t say it’s my height because I don’t fight tall. I get in close and fight down to my opponents’ size most of the time. Fighters know they are going to fight when they are in with me. My nickname is the ‘Punisher’ and I try to live up to it. My opponents can try to punish me or they can get punished, it don’t matter because I’m going to make them fight.

“I’m going to find out how much of a fighter they really are.”

Peterson, who has been Williams’ only trainer and something of a father figure to the young man, agrees with his prot├®g├®.

“It’s his will to win that sets him apart,” Peterson said. “He realizes that when he gets in that ring he’ll do whatever it takes to beat his opponent. He can figure out what he has to do to win during a fight and once he makes up his mind on what he needs to do, strategy or output, he does it.