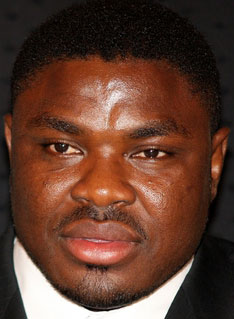 When glancing through a boxing schedule and noticing Vitali Klitschko vs. Juan Carlos Gomez on Saturday and Samuel Peter vs. Eddie Chambers next Friday, a fight fan might assume that the heavyweight bouts will be shown on HBO or Showtime.

Both fights will be televised live in the U.S., but they won’t be seen on the two subscription cable networks that have basically monopolized big fights and star-caliber fighters for the past two decades.

Klitschko’s WBC title defense against Gomez and the intriguing Peter-Chambers matchup are nice catches for basic cable’s “Worldwide Leader in Sports”, which has offered fight fans a good mix of hot prospects and quality main events during the first quarter of the 2009 season of ESPN2’s Friday Night Fights series.

“From a fight perspective it’s been one of our best years,” said Doug Loughrey, director of programming acquisitions for ESPN. “Last year we had great upsets and knockouts, which registered with a younger audience, but this year we’ve had better matchups.”

Some of those matchups have been HBO and Showtime worthy, which is not a put-down of ESPN’s usual boxing programming.

The fact is, since the late 1980s, when HBO and Showtime made concentrated commitments to airing boxing, world-class fighters and world-class matchups have headed to the two premium cable networks, which are able to pay high license fees that translate to more money for the fighters, managers and promoters.

ESPN2’s Friday Night Fights, which is available in three to four times as many homes as HBO and Showtime but offers less money than the subscription networks, usually attracts fringe contender-level fighters or prospects in need of exposure.

However, this season Friday Night Fights has showcased more than a few main events that were at least worthy of ShoBox or Boxing After Dark, the companion series to HBO and Showtime’s Championship Boxing that focus on up-and-comers.

Gonzalez, who dropped Gamboa and extended the undefeated dynamo into the 10th round, was arguably a tougher opponent than untested Marcos Ramirez, who Gamboa blew out on Boxing After Dark last year, or 37-year-old Jesus Rojas, who the former Cuban amateur star will face on ShoBox next month.

Next Friday’s main event, which matches a heavy handed but limited former heavyweight titleholder (Peter) against a talented but undersized speedster (Chambers), figures to be just as entertaining.

Although the bout’s promoter Dan Goossen shopped the crossroads match to HBO and Showtime, he’s happy it landed on ESPN2.

“Ken Hershman (of Showtime) liked the fight,” said Goossen, who put Peter-Chambers in the new Nokia Theatre in downtown L.A. “Like me, he sees it as anybody’s fight. Whoever wins is whoever imposes his style on the other. And the winner is right back in the heavyweight title picture.

“The problem with HBO and Showtime is that there aren’t any dates available. I needed to make this fight for the March or April time frame and HBO and Showtime couldn’t accommodate me. I’m glad the fight is on ESPN because more fans will see the fight and that means more fans can get behind the winner.”

Friday Night Fights weekly format may be a grind for the programmers, producers, crew and broadcast talent of the show, but it’s a Godsend to the boxing industry, which recently lost Telefutura’s long-running Solo Boxeo series and often fights over the lucrative HBO and Showtime slots.

“I’d be remiss if I didn’t mention that we were blessed with having a surplus of dates,” Loughrey said. “And I’m sure the exposure platform of ESPN plays into the promoters’ decisions to go with the network, but we’re in the business of ratings and we’ve found that it takes more than just a good main event to attract solid numbers.”

Loughrey believes the network might have found the right formula for success this year. Shorter fights is one part of the equation.

“We’ve found that the younger demographic is not interested in sitting through 10- and 12-round fights unless they are barnburners for all 10 or 12 rounds,” he said. “We’ve taken a strategy to open the show with a four rounder to get the viewer right into things and to get more fight content in (the broadcast).”

The co-featured fights, which were often 10-round bouts in the past, are now set to the eight-round distance. Both the opening bouts and the co-features have showcased some of the sports most promising talents and potential attractions.

Junior middleweight Erislandy Lara (4-0, 3 KOs) dazzled viewers with his speed, skill and power in the opening bout of the January 9 show.

Middleweight prospect Fernando Guerrero (13-0, 11 KOs) put on a show for his raucous fans in Salisbury, Maryland in the February 16 co-feature.

Junior middleweight and 2008 U.S. Olympian Demetrius Andrade (3-0, 3 KOs) was impressive in the opening bout to the March 6 show.

Loughrey says the final ingredient to a successful boxing broadcast is a lively atmosphere to accompany the fights.

“There’s been so much more fun with the atmosphere this season,” Loughrey said. “The crowds in Key West, Montreal, Primm, Nevada, and the other locations have been great. There were 6,800 in Salisbury, Maryland, and they absolutely mobbed Fernando Guerrero. There were 5,000 at the Mohegan Sun for Rodriguez-Alvarez.

“I’m hearing that for this Friday’s fight in Laredo, Texas they’ve sold more than 7,000 tickets for a 10,000-seat arena. I’m told that 2,500 have already been sold for Chambers-Peter in Los Angeles.”

Both this Friday’s show, headlined by aggressive featherweights Fernando Beltran and Miguel Roman, and next Friday’s show will likely sell out, adding to the local flavor of the broadcast.

The Beltran-Roman undercard is packed with prospects, including Andrade and Laredo-area standout Rodolfo Gomez Jr., a 6-foot-3 welterweight.

The Peter-Chambers main event will have help filling up the 7,000-seat Nokia Theater with local up-and-comers on the undercard.

The four-round broadcast opener features Shawn Estrada, a 2008 Olympian from East L.A. The co-featured bout will be an eight rounder with Covina, California’s John Molina, a popular lightweight prospect.

Estrada and Molina will their part to put on entertaining fights. ESPN, according to Loughrey, will do its part to let viewers know about the show.

“We’re getting promotional support from the network,” Loughrey said. “(The show) will get the USA Today ad in the corner of the sports page cover next Friday, there will be drop-in promos on SportsCenter, a presence on ESPN.com, and (ESPN) radio shows in various markets are also helping out.”

Hopefully good ratings on up-coming shows will encourage both promoters and ESPN to work together to continue the high standard Friday Night Fights has set this year.