Stakes are high but clear in lightweight championship 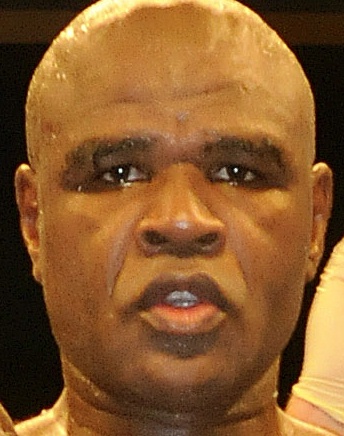 Juan Manuel Marquez (left) and Juan Diaz weighed in Friday at 134 1/4 and 134 1/2, respectively, for their fight Saturday in Houston. Photo / Tom Hogan-hoganphotos.com

HOUSTON – The stakes of the Juan Manuel Marquez-Juan Diaz fight are high, but they are also wonderfully clear.

If Marquez, who weighed in at 134 ¼ pounds at Friday’s weigh-in, beats Diaz he positions himself for a potential high-profile big-money challenge to the winner of the May 2 junior welterweight title match between Ricky Hatton and Manny Pacquiao.

“If I win, it could mean great things for me, even more important fights,” Marquez (49-4-1, with 36 knockouts) acknowledged.

If Diaz, who weighed in at 134 ¾ pounds, beats Marquez the 25-year-old Houston native will instantly gain pound-for-pound status and establish himself as one of the brightest young stars of the sport.

One thing is certain. Whoever wins Saturday’s showdown at Toyota Center will be recognized as the undisputed lightweight champion of the world, the best 135 pounder in boxing, or put simply: the man of the division.

That much was made clear the moment Nate Campbell, the only fighter to have defeated Diaz, failed to make 135 pounds for his February 14 WBO/IBF lightweight title defense against Ali Funeka, and immediately announced his plans to enter the 140-pound division.

When Campbell, who was rated No. 1 at lightweight by THE RING, beat Funeka by majority decision four things happened that affected the stakes of Saturday’s lightweight fight:

Campbell’s 135-pound belts were declared vacant by the sanctioning organizations, he exited THE RING’s lightweight ratings and entered the magazine’s junior welterweight top 10, Diaz was elevated to THE RING’s No. 1 lightweight position, and any dispute as to who the real 135-pound champ was – Marquez, who won the world title by knocking out Joel Casamayor last September, or Campbell, who had won three titles when he beat Diaz – ended.

Marquez is the man at lightweight, and he’s taking on the best possible contender in Diaz.

The alphabet groups do a lot of stupid things, but they aren’t dumb. They are businesses and they go where they think the money will be.

Money will likely follow the winner of Marquez-Diaz, who is on his way to becoming a fan favorite.

The more Marquez wins the more he solidifies his status as Mexico’s premiere fighter, earning more Mexican fan loyalty with each fight.

“It’s what motivates me,” Marquez said of the pressure to win for his country. “It makes me want to train and fight harder because I have a great nation behind me and I want to make them proud.”

If Diaz can pull off the slight upset, he could establish himself as one of the top regional attractions in the sport. Diaz drew 14,000 to Toyota Center for his fight with Michael Katsidis, who he beat by split decision, and the same arena is expected to be sold out for his challenge to Marquez.

“I embrace fighting here in Houston,” Diaz said. “I feel comfortable here. I live here, I train here, and I know the fans will come out and support me and push me when things get tough (against Marquez).”

Diaz believes that he can attract more than just Houston fight fans if he beats Marquez. He thinks Mexican fans will eventually get behind him if he holds the world lightweight title.

“Because there aren’t as many Mexican champions around these days, I think Mexican fans are going to start considering Mexican-American champs as Mexicans and supporting them,” Diaz said. “My parents were born in Mexico so I feel like I’m 100% Mexican, anyway. I’ve always felt that way.”

If Diaz wants Mexican fans to feel the same way he’ll have to beat Marquez.

That’s the only way anyone is going to become the man of the lightweight division.