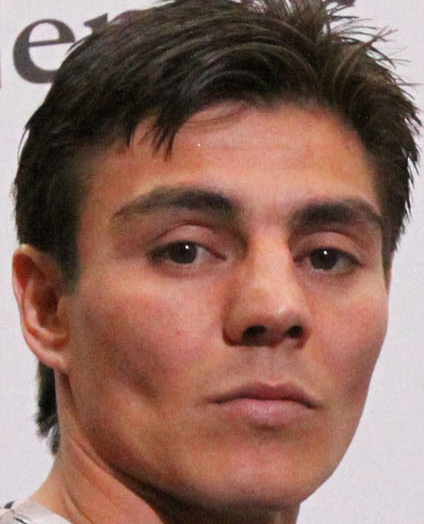 Jorge Arce was OK on Sunday, a day after he took a beating from Vic Darchinyan in Anaheim., Calif.

Arce was taken after the post-fight news conference to UCI Medical Center, where he received four or five stitches to close cuts above each eye and had a cut on top of his head stapled, according to Ricardo Jimenez of Top Rank. Arce was then released.

“I saw him (Sunday) morning at his hotel room. He was fine,” Jimenez said.

Arce was still frustrated that he wasn’t allowed to fight the 12th round because of the cut over his right eye, Jimenez said. He felt he still had a puncher’s chance at a knockout.

However, ringside physician Paul Wallace told him that the cut prevented him from defending himself adequately.

“(Wallace) told him that he kept rubbing his eye with his glove,” Jimenez said. “And every time he did that, he was getting hit. He was defenseless. He didn’t want that to go on for another round.”

Arce told Jimenez that had his cut man been allowed to work on the cut, he might’ve been able to stop the bleeding – at least for a time.

“Maybe it wouldn’t bleed for a minute,” he told Jimenez. “I could have really fought hard for a minute and who knows what could’ve happened?”

Jimenez, who has followed Arce’s career as a sports writer and now as a publicist, believes the popular Mexican will continue fighting – but at 118 pounds, one weight class above that of Saturday.

“It took a lot out of him (making 115),” Jimenez said. “He said he felt good, he felt strong, but he didn’t have that little extra you need against a guy like (Darchinyan). He said, ‘If I fought him at 118, I think I would’ve had a better chance.'”

Arce said the cut on top of his head was caused by an elbow from Darchinyan.