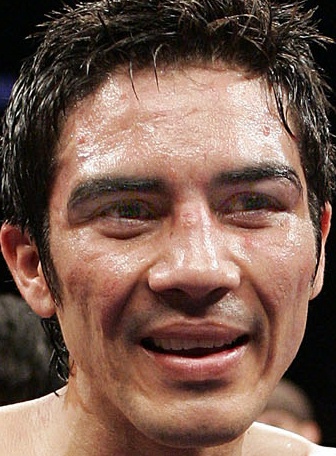 Former Nevada boxing judge Chuck Giampa, now a consultant who advises fighters, will provide his occasional analysis of officials when he’s not directly involved in an event. Here’s his take on the Vic Darchinyan-Jorge Arce and Antonio DeMarco-Kid Diamond fights on Saturday in Anaheim, Calif.:

Round 1: Arce started active then holding and lunging ÔÇª Darchinyan connected with lefts and rights to the head ÔÇª. Arce continued to hold and in the last minute Darchinyan threw an uppercut then continued with combinations ÔÇª Darchinyan controlled the full three minutes with effective aggression.
Score: Darchinyan 10, Arce 9

Round 9: Arce started the round by scoring in close and stalking Darchinyan ÔÇª Darchinyan scored with an uppercut and leading with rights; then countered with combinations ÔÇª each fighter not as active as in previous rounds but Darchinyan was more effective with strong lefts to the head.
Score: Darchinyan 10, Arce 9

Result: Referee stopped the fight on the advice of the ring physician at the end of the 11th round. Darchinyan winner by TKO

Final scoring: Giampa had Darchinyan ahead 109-100, the same score as all three judges. Two judges also gave Arce Round 3, one gave him Round 5.

Round 1: Kid Diamond was aggressive with combinations and counter punches ÔÇª unintentional head butt later in the round when heads clashed while fighting on the ropes.
Score: Kid Diamond 10, DeMarco 9

Round 4: DeMarco was effective with counter punching and effective aggression ÔÇª DeMarco threw rights and combinations to win the round.
Score: DeMarco 10, Kid Diamond 9

Round 6: Each fighter flicking their punches in first minute ÔÇª Kid Diamond picked up his effectiveness with jabs and rights ÔÇª DeMarco countered with aggression and with rights and uppercuts ÔÇª Kid Diamond scored well on the ropes in last minute and DeMarco tried count
Score: Kid Diamond 10, DeMarco 9 (Giampa had it even after six rounds.)

Result: Referee stopped the fight at the end of the ninth round; DeMarco winner by TKO.

Final scoring: Giampa had DeMarco ahead after the ninth round by a score of 86-85. Judges Ray Corona and Jose Cobian scored it 88-83 for DeMarco, which baffled many at ringside who believed the fight was much closer than that or that Kid Diamond was ahead. Judge David Denkin had 86-85 for Kid Diamond.

Many boxing fans wonder and have asked me about split decisions or a difference in scores even when a fight is stopped. An example of this was the Antonio DeMarco-Kid Diamond fight Saturday night in Anaheim, Calif. Although the fight was stopped by the referee at the end of the ninth round and DeMarco was declared the winner by TKO, the scores of the official judges varied. At the time of the stoppage, two judges had DeMarco winning by the same score of 88-83, while the third judge had Kid Diamond winning 86-85. Obviously, the first two judges saw a completely different fight from the third judge. That doesn't mean that the third judge was wrong. My score at the stoppage was 86-85 for DeMarco.

Judges are supposed to have a philosophy in their scoring. Basically, in a fight such as this, in which the rounds are very close, a judge can be lulled into focusing on the same fighter or the same style in each round. By doing so, the judge can miss the nuances of the opponent and not give the opponent proper credit. If a judge realizes that the fight is close, a wide margin for one fighter indicates to me that the judge lost focus and did not give proper credit to both fighters. I was taught this as the common sense theory. In order to avoid this in close fights, the judge must re-focus on the action. It can be as simple as not watching the fighters for a portion of the round, instead concentrating on the gloves and the punches. Thus, the judges focus will shift to the effectiveness of the punches and not who’s throwing them.

The common sense theory will not allow for a wide margin in a very close fight. It's in fights such as this one where the experience, training, preparation, focus and concentration become vital for a judge.

Another philosophy to which I subscribe is: one punch can determine a round and one round can determine the fight. Fighters train long and hard; they deserve to have the full preparation, focus and concentration by the judges in their fights.

Chuck Giampa can be reached at [email protected]