Darchinyan and Arce are proof that size doesn’t matter 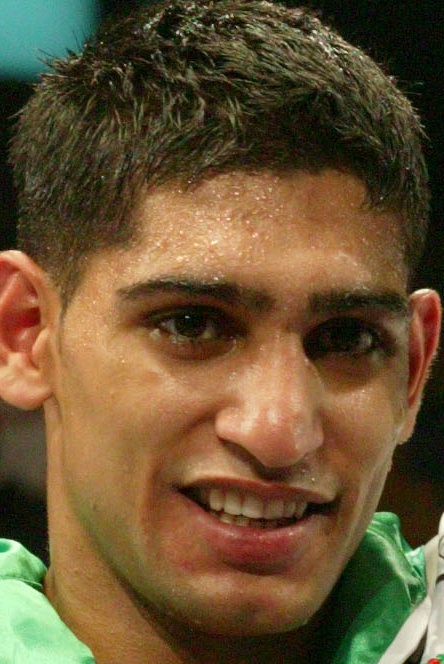 Michael Carbajal (left), shown here with Israel Vasquez in Tucson, Ariz., last year, was the first to demonstrate that a tiny fighter could be an attraction in the United States. Photo / Tom Hogan-hoganphotos.com

Promoter Bob Arum was sitting at ringside watching one of his fighters, junior flyweight Michael Carbajal, tangle with Robinson Cuesta in 1992 in Phoenix. During the fight, he said, a casino executive from Las Vegas who came to see Tommy Morrison fight in the main event suddenly turned to Arum and said:

“You ought to be ashamed of yourself for promoting midget boxing.” And he was serious.

Such has been the general perception of boxing’s littlest warriors. Fighters 115 pounds (junior bantamweight) and lighter have strong fan bases in places like Mexico and Asia but generally have not been showcased regularly on major networks and rarely fill arenas in the U.S.

However, the compelling Vic Darchinyan-Jorge Arce fight set for Saturday night on Showtime is proof that as many of the biggest fighters continue to bore boxing fans to death, the powers that be will turn to good matchups regardless of weight.

Darchinyan, the brash and powerful junior bantamweight champion, has found a home on Showtime. He’s making his eighth appearance on the network. And Arce, another charismatic little brawler, has a devoted following among Mexicans both in the U.S. and back home.

“No one gives a rat’s ass about 90 percent of the fighters out there,” said promoter Lou DiBella, who is not connected to the Darchinyan-Arce card. “They want to see great fights. And in the Darchinyan-Arce fight, you have a lot of pound-for-pound personality. I like that fight.

“Personally, I think the networks can get more bang for their buck in the lower weight classes. There’s more punches, more excitement. The heavyweight division is the biggest waste of time in boxing today.”

Little fighters have long been popular in some countries.

In the latest RING Ratings, for example, all but a few of the rated fighters weighing 115 pounds and lighter are from Asia, Latin America and South Africa. And many of them are celebrities – even beloved – in their countries.

DiBella met Nelson Mandela at a big event at a soccer stadium in South Africa after countryman “Baby Jake” Matlala knocked out Michael Carbajal at 108 pounds in 1997. After the leader and then the fighter were introduced, Mandela told DiBella it was first time in his country that he didn’t receive the biggest applause.

That isn’t likely to happen in the U.S.

Apparently, Americans like big things. And that includes fighters. Historically, fight fans – and in turn television executives – here have embraced boxers as light as bantamweight (118 pounds) but less often anyone lighter than that.

As promoter Bob Arum said, “Before Carbajal, you couldn’t give away a flyweight.”

“We produce bigger people here,” DiBella said. “The athletes people here relate to are the big guys. That’s why boxing is dying without a heavyweight division. Most of the country is obese. They’re not used to seeing a 105-pound woman let along a 105-pound man.”

As Arum mentioned, Carbajal managed to buck that trend, proving that little fighters could be attractions.

The dynamo out of Phoenix, Ariz., had a compelling resume. He was a silver medalist in the 1988 Olympics, when amateur boxing was still meaningful to the public; naturally, he spoke English; and he was one of the biggest punchers and most-exciting fighters at any weight.

As a result, he was tremendously popular in his hometown but also developed at least somewhat of a universal following after engaging in a series of entertaining wars. His trilogy with Humberto “Chiquita” Gonzalez, for example, was epic.

Carbajal was the first fighter in and around the flyweight division to earn $1 million for a fight, his second with Gonzalez, in 1994.

And Showtime bought into the movement to a good degree. Since 1994, the network has televised an estimated 30 fights in which the participants were 115 pounds or lighter, the vast majority of them for world titles. Among the fighters: Johnny Tapia, Ricardo Lopez, Mark Johnson, Nonito Donaire and Darchinyan.

“I think the Olympics had a lot to do with it,” Carbajal said of his popularity. “That’s where it started. Then, I think, there was just my fighting style. It was exciting. I was always there to fight.”

Darchinyan and Arce are both in the Carbajal mold, although more outspoken.

They’re both action fighters. Between them, they’ve knocked out 64 of their 89 opponents. Their fights are almost always entertaining and often end in an instant, which the fans love.

Darchinyan, an Armenian who immigrated to Australia, is brash, bordering on arrogant, but commands attention. Arce, a Mexican who has fought many times in the United States, also is adept at self promotion. He once went from his dressing room to the ring on horseback.

And neither of them can stop talking. They’ve spent the past several weeks repeatedly describing in graphic detail what they plan to do to the other on Saturday in Anaheim, Calif.

Obviously, they’re a good match both in style and mouth. And that’s what Showtime is after.

“We don’t base this on weight,” said Ken Hershman, Senior Vice President and General Manager of Sports & Event Programming for Showtime. “We base it on level of excitement, the quality of the matchup. This fight fits the bill on those levels.

“I don’t think boxing fans necessarily care about weight. What they want is great fights.”

So is this a turning point for the littlest fighters? Probably not.

As Arum pointed out, even Carbajal had his limitations. The former five-time world titleholder was a big draw in Phoenix and clearly had some crossover appeal but he never generated more than 150,000 pay-per-view buys, according to Arum.

Those are decent numbers – for a little guy.

“He broke through in Phoenix,” said Arum, referring to crossover appeal among the general population. “I don’t know if he broke through with Anglos. I’m inclined to doubt it. He was a great puncher so we were able to do something with him but, really, he just clicked in Phoenix.”

Indeed, it seems the little guys have their limitations in drawing power.

For example, as Arum said, Darchinyan-Arce is a big event but it could never be as big as the Shane Mosley-Antonio Margarito fight on Jan. 24 “even though there’ll probably be more action.”

At this moment, with a weak heavyweight division, promoters and networks have explored other weight classes looking for compelling fighters and personalities. They happened to have found some at the lightest weights – Darchinyan, Arce, and Cristian Mijares, another popular Mexican junior bantamweight.

Will that be the case in the future? Who knows?

“Darchinyan has a big mouth, Arce comes out on horses and Mijares does TV announcing in Mexico. That’s what’s elevated the division,” DiBella said. “It’s not the flyweights making a comeback; it’s not Ken Hershman waking up and saying, ‘I like flyweights.’ It’s these three guys.

“I remember telling Gary Shaw after his guy (Darchinyan) beat my guy (Mijares), ‘You have a star there. He’s interesting, he’s a big puncher. As long as you keep your foot on the gas it should be a good ride.”