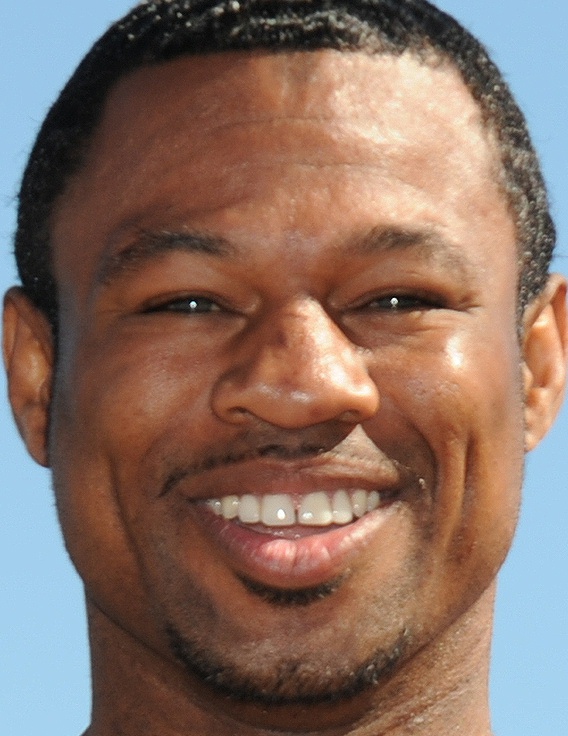 Shane Mosley has earned the admiration of everyone in the boxing world for his unusual ability and fighting spirit. He’s a certain Hall of Famer. He’s one of the nicest guys in sports.

And he’s a cheater.

Of course, he said he never intended to gain an unfair advantage when he took performance-enhancing drugs in the weeks before his Sept. 13, 2003 victory over Oscar De La Hoya in Las Vegas.

He said he didn’t know what he was taking or that it might be banned by the majority of anti-doping agencies.

However, just as we roll our eyes when Barry Bonds and Co. deny any intentional wrongdoing, it’s difficult to believe Mosley.

Evidence and testimony suggest that Mosley engaged in an elaborate doping program that included three performance-enhancing drugs: THG, an undetectable anabolic steroid; The Cream, a masking agent; and EPO, an endurance-boosting agent that increases the body's concentration of red blood cells.

Victor Conte, founder of the now-infamous BALCO steroids empire, said under oath that Mosley was fully aware of what he was taking. Mosley is suing Conte for defamation.

Derryl Hudson, Mosley’s former strength trainer, also said Mosley knew what he was doing. He is suing Mosley for suggesting he mislead the fighter, adding to one of the sport’s greatest messes.

To his credit, Mosley admitted to a grand jury that he took all three substances. However, he insisted he wasn’t aware of what he was taking. That includes injecting the EPO into his stomach.

Curiously, he said he didn’t know that EPO was an illicit drug but he did know it boosted the number of red blood cells in his body, which enhances endurance.

Even if he’s telling the truth, that’s not cheating? Of course it is.

Further, consider these questions raised by the New York Daily News and Conte:

Why did Mosley have the supposedly legal substances he purchased from BALCO shipped to him instead of taking it back with him on the plane?

Why would he taper off his use of the substances as mandatory drug tests got closer?

What would Conte stand to gain by misleading Mosley?

Why did Mosley stop taking all the supplements, even the harmless vitamins, after the fight?

It adds up to a problem with Mosley’s credibility.

If in fact he knew what he was taking, he could follow the lead of Jason Giambi. The baseball star initially denied using performance-enhancing drugs in his own BALCO testimony but later admitted it and went on with his life and career.

As it is now, in Mosley’s case, all this reflects poorly on an otherwise good man.

Then there’s the fight against De La Hoya.

If you recall, De La Hoya was winning on all cards after seven rounds but Mosley came on strong down the stretch to pull it out. In light of Mosley’s admission, it all seems plausible: Mosley’s use of these substances might’ve won him the fight.

De La Hoya has decided to let it go. Mosley is both a friend and partner in De La Hoya’s Golden Boy Promotions. And the Nevada State Athletic Commission, which oversaw the fight, can do nothing because it has never tested for EPO.

Sadly, results have been overturned because a fighter tests positive for marijuana but not for this.

Marion Jones also said she “unknowingly” took performance-enhancing drugs purchased from Conte but returned her five Olympic medals from the 2000 Olympics when it became clear she had taken banned substances.

Perhaps Mosley could do the same. Perhaps he could take it upon himself to have the fight declared a no-contest – if it’s possible – and would score a major public relations coup as a result. Even if he really didn’t know what he was taking, he would agree, he clearly had an unfair advantage.

Or perhaps an investigation by the World Boxing Council, which sanctioned the fight, will result in some kind of justice in terms of the records.

And then there’s the sport itself.

Experts have said that EPO might be the perfect performance-enhancing drug for boxers. It’s easy to use, not easily detected and effective.

Obviously, it gives those who use it an advantage over those who don’t. It also can be very dangerous; it raises the risk of a heart seizure because it thickens the blood dramatically.

The point is this: Boxing must learn from the problems of other sports and its own experiences, including the Mosley situation. Authorities in every state must take whatever steps are necessary to get and keep this problem under control.

Mosley could begin to turn this whole thing around if he would say just that in public.

Michael Rosenthal's column appears Wednesdays. He can be reached at [email protected]