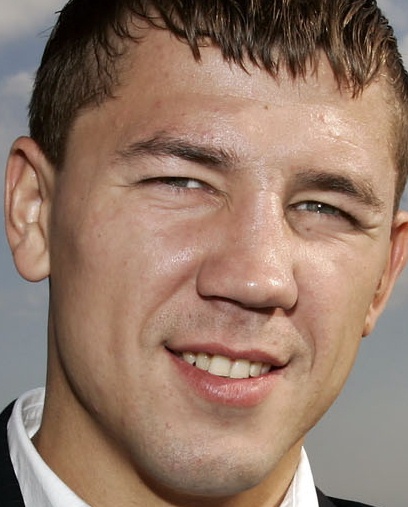 Best night of amateur career: Winning the middleweight gold medal for Russia in the 2007 World Championships in Chicago.

Worst night of amateur career: Was eliminated in the second round of the 2008 Olympic Games by 2004 welterweight gold medalist Bakhtiyar Artayev of Kazakhstan 7-10. It was Korobov’s first loss in five years.

Why he’s a prospect: Korobov had an extensive amateur career that included four Russian national titles, one European title (2006), two world titles (2005 and ’07) and an ’08 Olympic birth. However, the southpaw has a professional style that makes use of footwork, feints, upper-body movement, shoulder rolls and accurate counterpunching. Korobov also appears to be an exceptional athlete with good balance and hand-eye coordination, quick reflexes, physical strength and considerable punching power in both hands.

Why he’s a suspect: He has a bad habit of dropping his hands down to his waist once he gets relaxed in the ring and sometimes forgets to put his punches together. Like all newly turned pros, the quality of his chin has yet to be proven.

Story lines: Most Russian amateurs as decorated as Korobov would have signed with one of the influential Germany-based promoters, but Korobov’s family moved to the Florida when he was 15 years old. Korobov, who was already a junior amateur standout, stayed in Russia with his boxing coach to continue his amateur career. He would not see his family again until traveling to the U.S. for the ’07 World Championships in Chicago, which he won. Since turning pro and signing with Top Rank, Korobov has relocated to Florida and reunited with his parents and brother. Says Arum: “He’s got everything a fighter needs to be a crossover success – he was a top amateur for years, he’s got a great pro style, he’s very good technically, he’s a nice boy, he’s good looking and he’s a tremendous puncher.”