Pacquiao-Hatton fight on verge of being called off 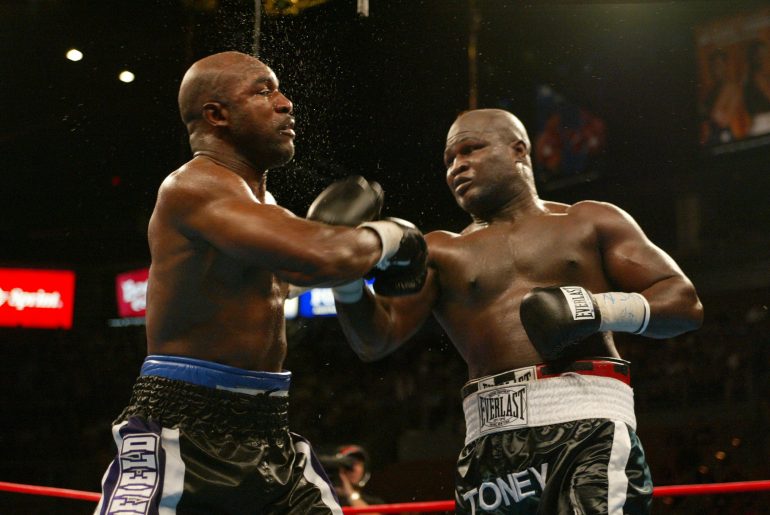 The much-anticipated Manny Pacquiao-Ricky Hatton fight is in serious jeopardy.

Freddie Roach, Pacquiao’s trainer and an advisor, said he was told by promoter Bob Arum that the fight – scheduled for May 2 – will be called off if an agreement isn’t reached by Wednesday.

Pacquiao is demanding a 60-40 split of the purse while Hatton wants it to be 50-50 – and neither side is willing to budge, Roach said.

THE RING was unable to reach Arum, who is in New York for meetings with HBO and Showtime. However, he told the Los Angeles Times that the sides agreed earlier on a 50-50 split.

“There's no way he's getting the 60-40,” Arum told the Times. “Unless he comes to his senses and his people start acting intelligently … we'll see if we can keep it together, but the split is supposed to be 50-50. We've all agreed to it. Now, people are whispering in Pacquiao's ear. If they keep pushing for 60-40, Hatton and (his promoter Richard) Schaefer are pulling the plug.”

Roach, speaking from his gym in Hollywood, Calif., said he's been trying to reach Pacquiao in the Philippines in a last-minute effort to save what would be a lucrative fight for both boxers. Roach said Pacquiao can be tough to find when he’s overseas.

Roach believes a 50-50 split is fair because Hatton has such a strong fan base in his native England.

“If I can get a hold of Manny, I’ll get him to do the right thing,” said Roach, who admitted he’s frustrated. “We all know where most of the money will come from. It’ll come from England, I think.

“The (Hatton-)Malignaggi fight didn’t do well but Malignaggi’s not a big draw. Hatton and Pacquiao are both big draws. I have no problem with 50-50.”

If the fight can’t be made, both Pacquiao and Hatton might turn to negotiations with “retired” Floyd Mayweather Jr.

A Pacquiao-Mayweather fight, between the current and previous pound-for-pound kings, would be an enormous promotion. Hatton was knocked out by Mayweather in 2007 and would love a rematch.

“It’d be a shame if it didn’t happen. We’d be missing out on a big fight. I like the Mayweather fight. But why not get both fights?

Pacquiao is being advised by his lawyer, Franklin Gacal, who Roach refuses to speak to.

Gacal was quoted in the Filipino press as saying a 50-50 split is unfair to Pacquiao, who is coming off a monumental knockout of Oscar De La Hoya on Dec. 6 in Las Vegas.